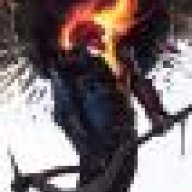 Expert door-kicker-downer · From The land of the free, and infidelity.